Birds are an adult butterfly’s number one enemy and over millennia, butterflies have evolved many different strategies to avoid being eaten. 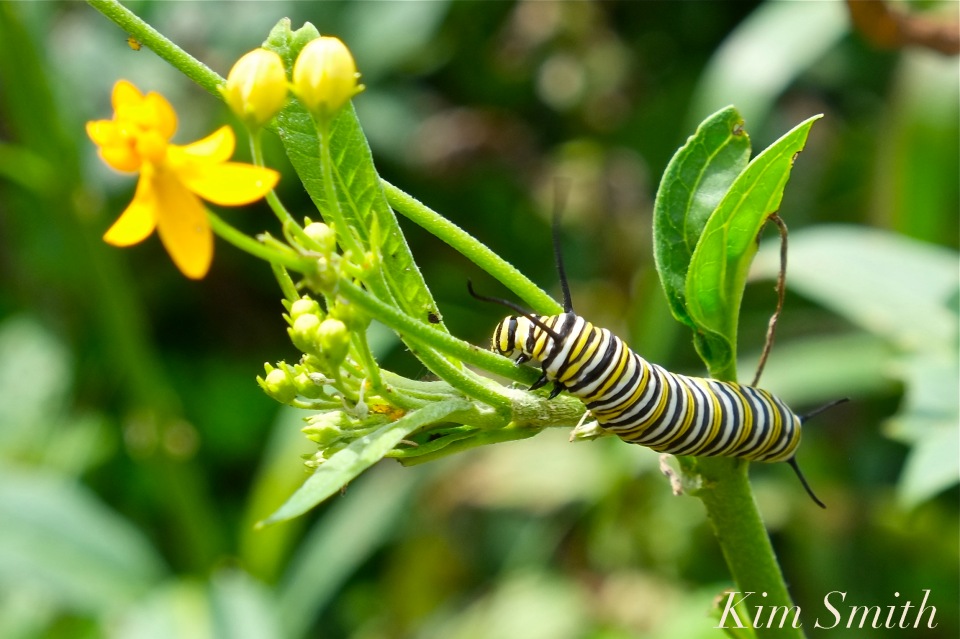 Some butterflies, like Monarchs, taste terrible, because the caterpillar’s food plant milkweed has toxic and foul tasting substances. The Monarch caterpillar has evolved to withstand the poisonous milky sap, but a bird that attempts to eat the caterpillar may become ill, and even die. The vivid black, yellow, and white stripes of the caterpillar, along with the brilliant orange and black wing pattern of the adult butterfly, are forms of aposematic coloring. Their bright colors warn of danger to would be predators.

The wings of other butterflies, like the Great Spangled Fritillary and Blue Morpho, are patterned with iridescent scales. The iridescence creates little flashes of light when in flight, which confuses predatory birds.

The friendly Red Admiral employs the strategy of mimicry for protection from birds. When its wings are folded, the butterfly is perfectly camouflaged against the bark of a tree trunk. And if that isn’t protection enough, the outer margins of the wings resemble splodges of bird poop! 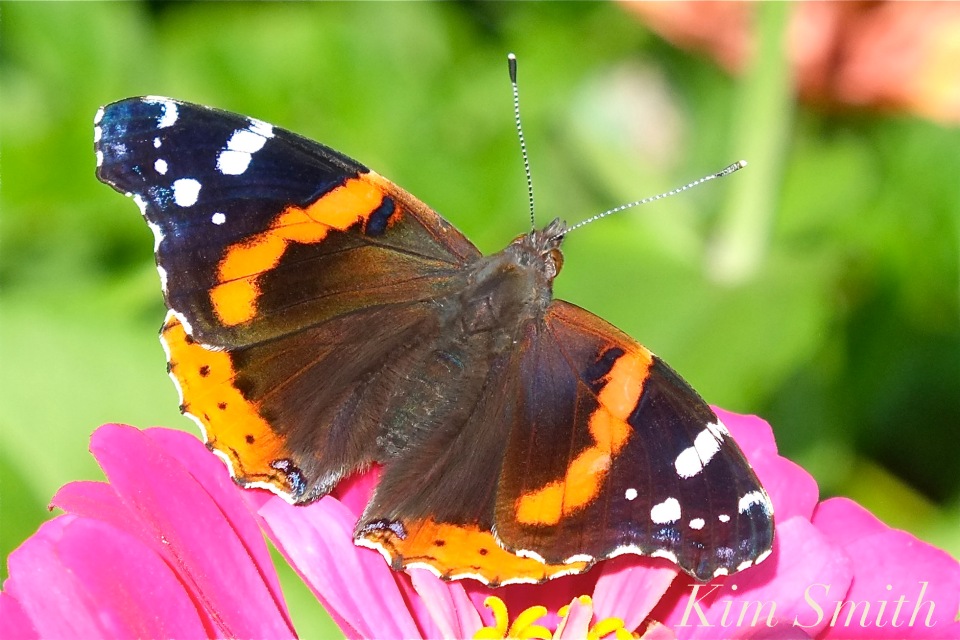 Have you ever had a butterfly land on your arm? It was probably a Red Admiral. The word friendly is often used to describe these beautiful butterflies but, it isn’t really friendship they are wanting. Red Admirals are attracted to the salt in your perspiration and will alight to have a sip of sweat.