For over a month I have been filming a flock of Cedar Waxwings. Exquisitely beautiful creatures, with their combination of soft buffy and brilliantly punctuated wing patterning, along with graceful agility, it’s been easy to fall in love with these birds and they have become a bit of an obsession.

I filmed some wonderful scenes and will share the photos and story as soon as there is time but in the meantime I wanted to share these photos of a juvenile Cedar Waxwing so you know what to look for. Waxwings are often found high up in the treetops. They are most easily seen on limbs bare of leaves. Their repetitious soft trilling song gives them away and if you learn the sound you will begin to see Cedar Waxwings everywhere. They have an extended breeding period in our region and because it is so late in the season, this juvenile may be one of a second brood.

While I was shooting for my short short story, the Waxwing flock was mostly on the ground in a wildflower patch devouring insects. Cedar Waxwings are more typically berry-eating frugivores. During the summer they add insects to their diet and I think it may have to do with keeping the hatchling’s bellies filled. It wasn’t until they moved back up into the treetops that this little guy began appearing amongst the flock. He has the same masked face, but the breast is softly streaked. You can see the yellow feathers tips beginning to grow in. 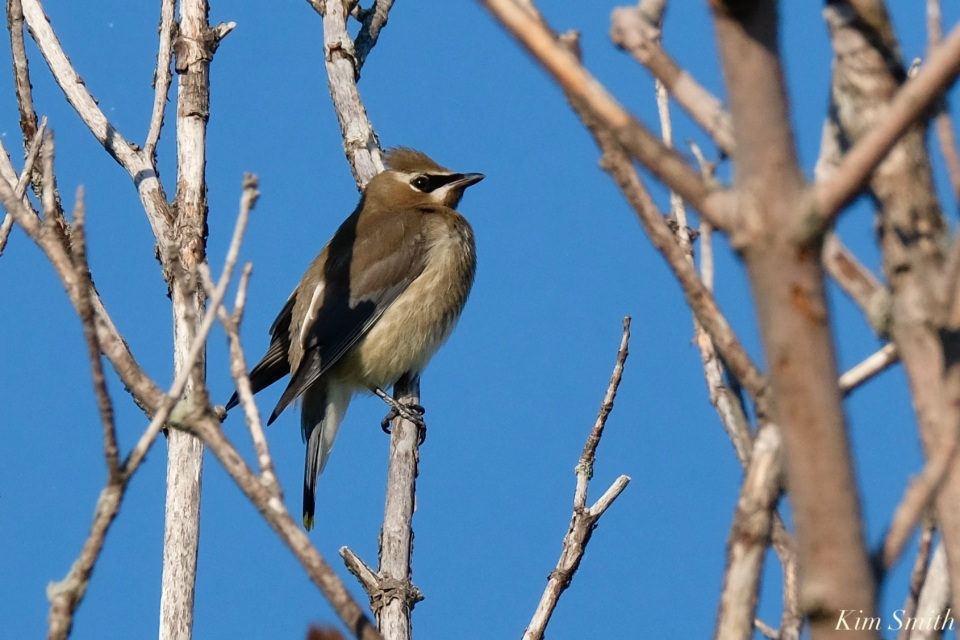 A beautiful thing to see – Cedar Waxwing male and female pair courting. They were feeding each other, hopping through the branches and passing buds back and forth.

Cedar Waxwings are frugivores (fruit-eaters) and they subsist mainly on fruit, although they do eat insects, too.

What to plant to attract Cedar Waxwings to your landscape