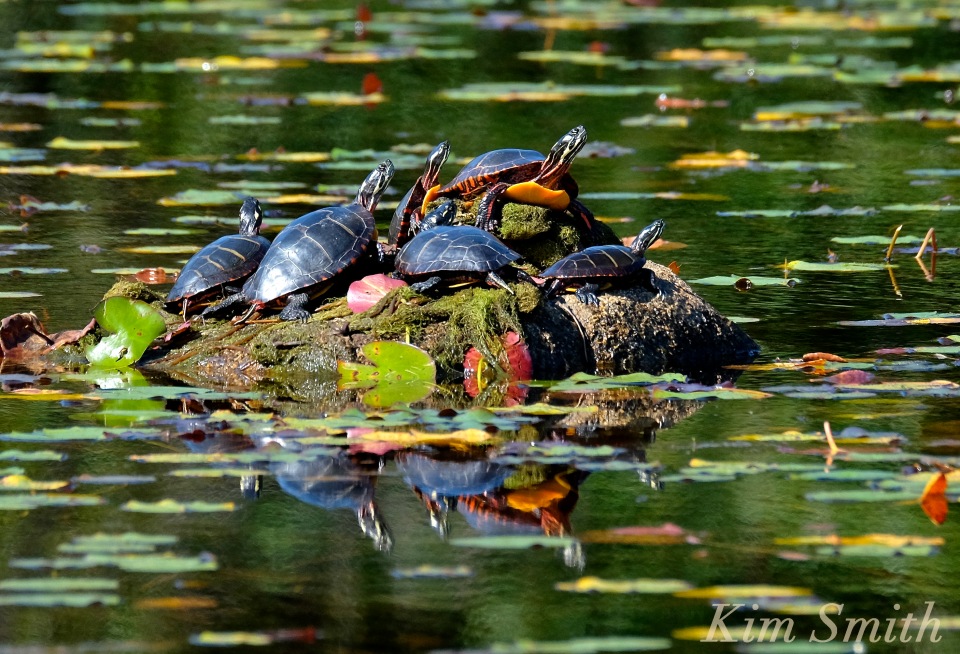 I laughed out loud when looking through photos from several days ago, not realizing that at the time when taking snapshots of these beautiful Painted Turtles at Niles Pond they were not only basking, but also rubbernecking, and mostly all in the same direction. The turtles were on a rock adjacent to the Snapping Turtle (below), which at first glance looked like two rocks, a smaller stone (its head) and a large stone (body). 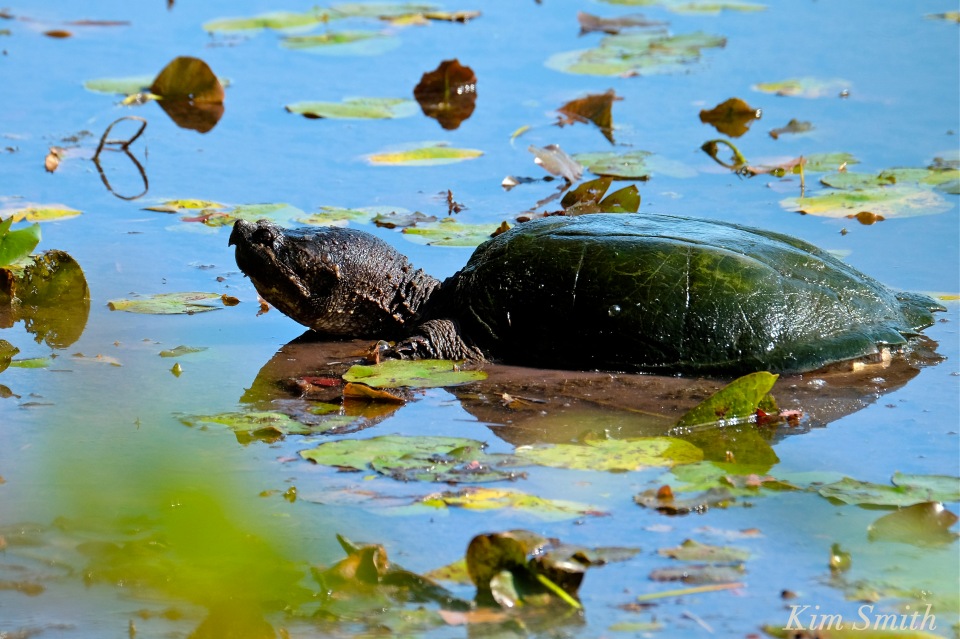 The Snapping Turtle was about a foot long, unlike the Snapping Turtle furtively gliding through the murky water several weeks ago at Henry’s Pond. The stealthy one in the last photo was huge and appeared to be just shy of two feet!! 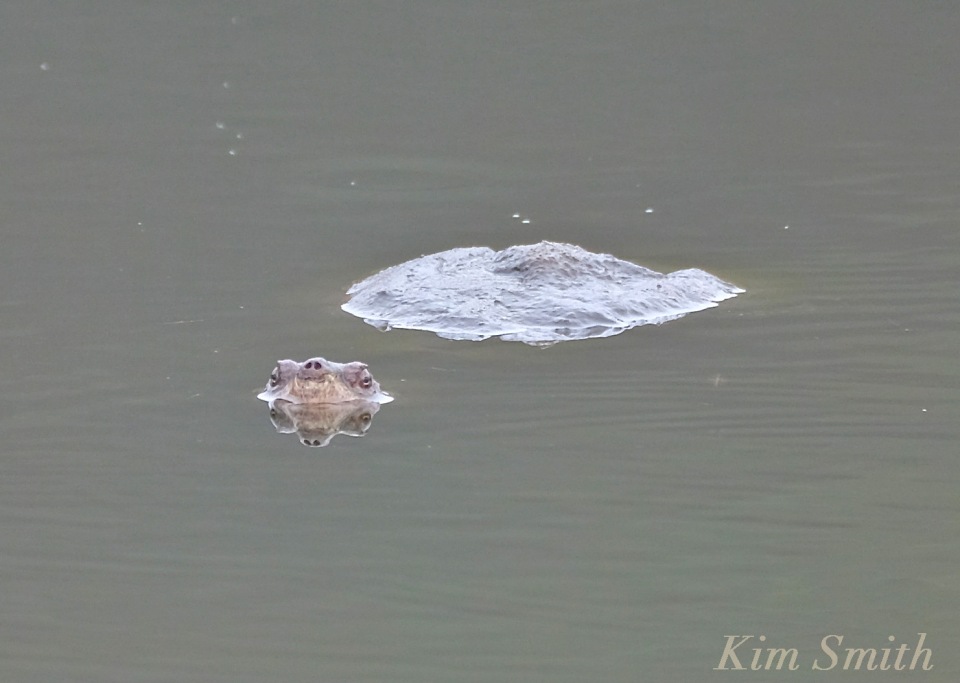 Turtles are ectotherms, relying on sunlight to warm and regulate their body temperature.