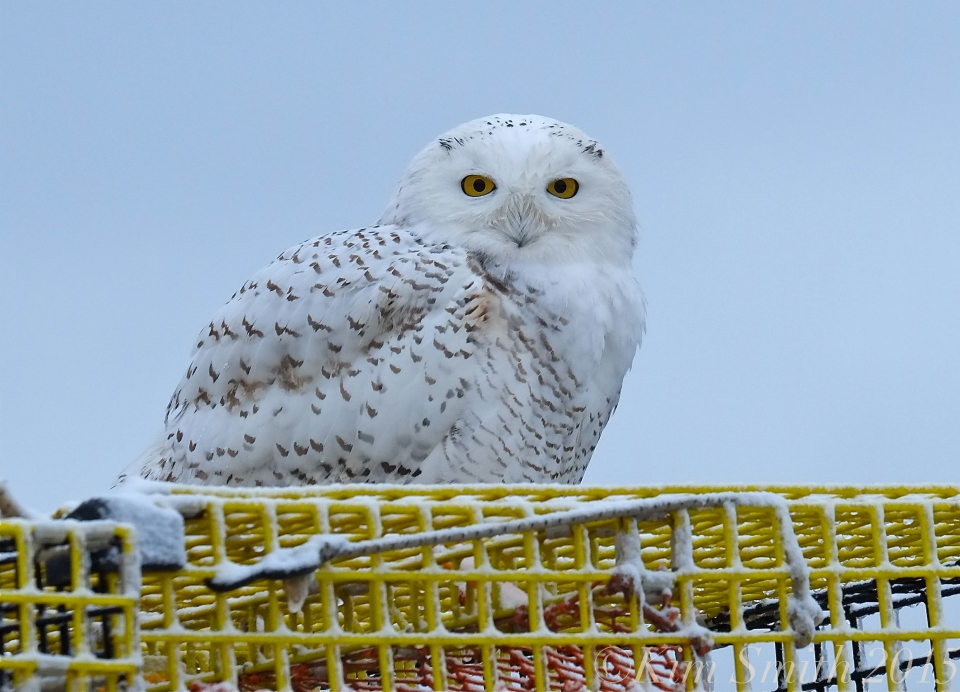 My husband Tom suggested that I write a year-end post about the wildlife that I had photographed around Cape Ann. Super idea I thought, that will be fun and easy. Not realizing how daunting and many hours later, the following is a collection of some favorite images from this past year, beginning with the male Snowy Owl photographed at Captain Joe’s dock last winter, to December’s Red-tailed Hawk huntress.

Living along the great Atlantic Flyway, we have been graced with a bevy of birds. Perhaps the most exciting arrival of all occurred when early summer brought several pairs of nesting Piping Plovers to Gloucester’s most beloved (and most highly trafficked) of beaches, Good Harbor Beach. Their story is being documented on film. 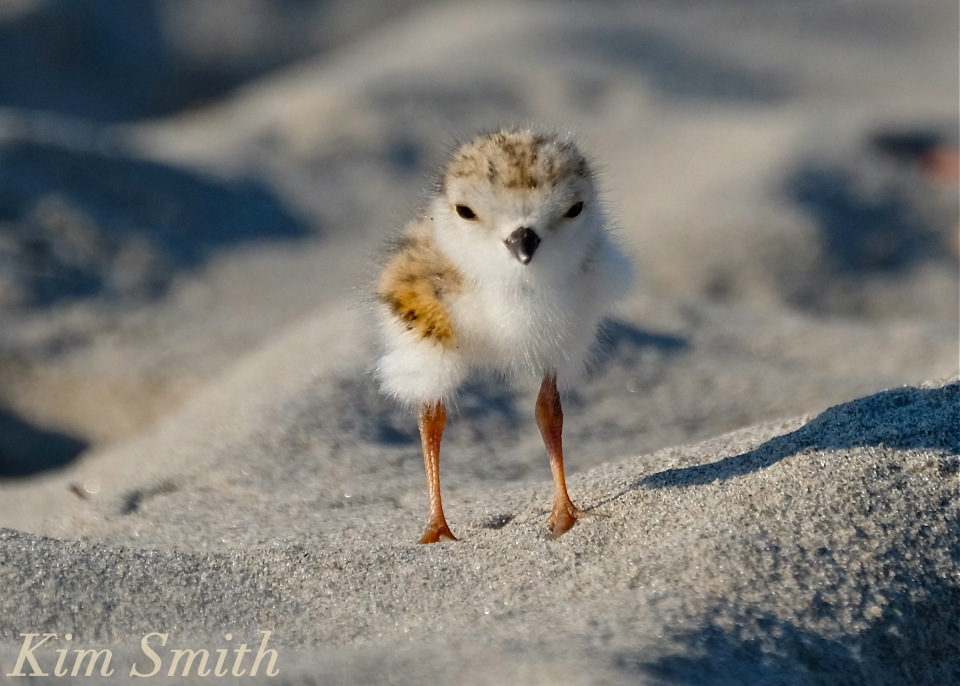 Work on Mr. Swan’s film will also resume this January—the winters are simply not long enough for all I have planned!

While photographing and filming Red-winged Blackbirds this past spring, there was a face-to-face encounter with a hungry coyote, as well as several River Otter sightings. 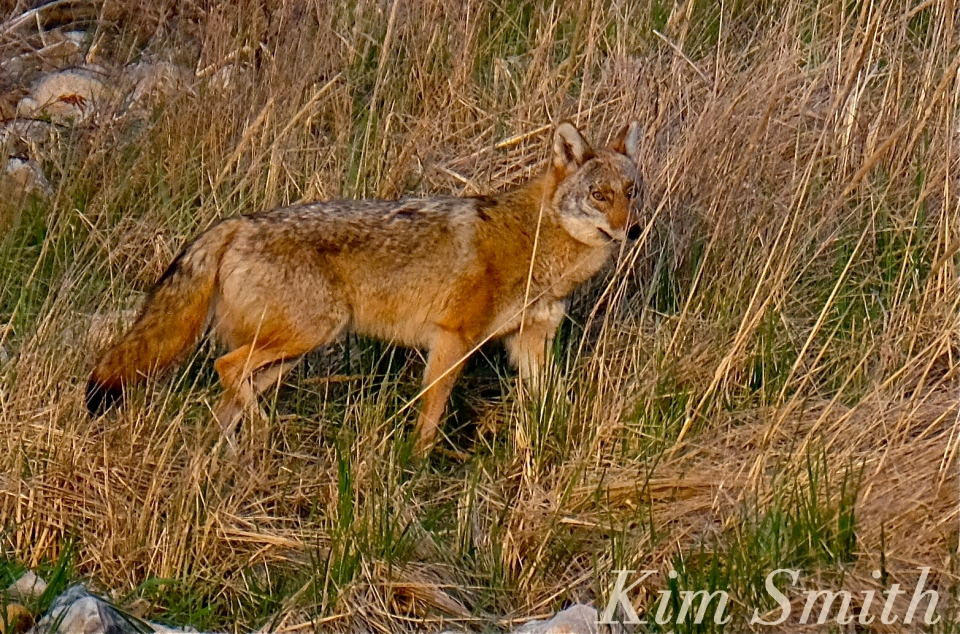 The summer’s drought brought Muskrats out from the reeds and into full view at a very dry Henry’s Pond, and a short film about a North American Beaver encounter at Langsford Pond. Numerous stories were heard from folks who have lived on Cape Ann far longer than I about the extraordinary number of egrets, both Snowy and Great, dwelling on our shores. 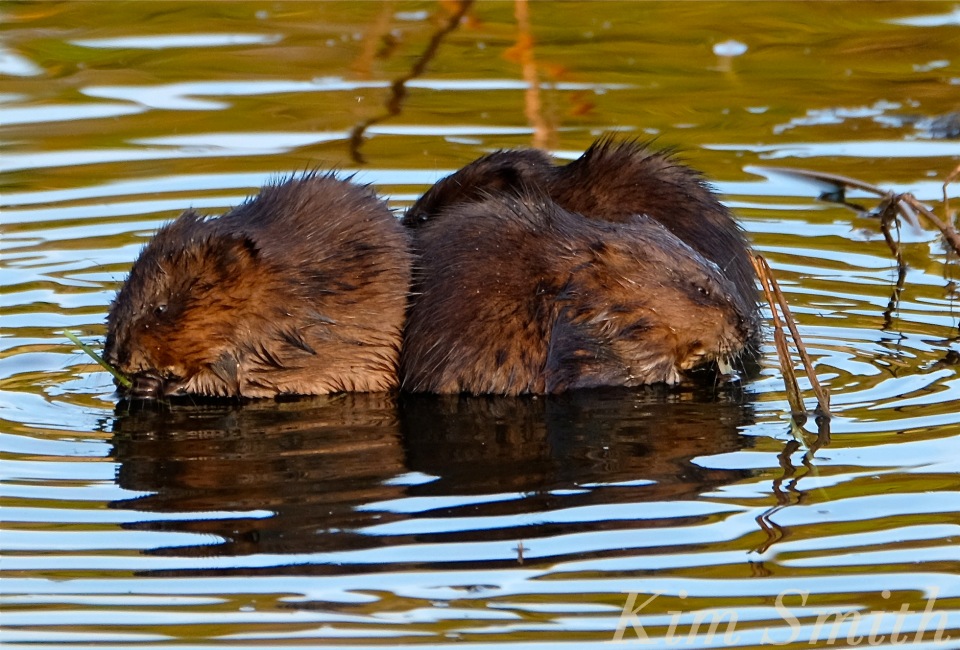 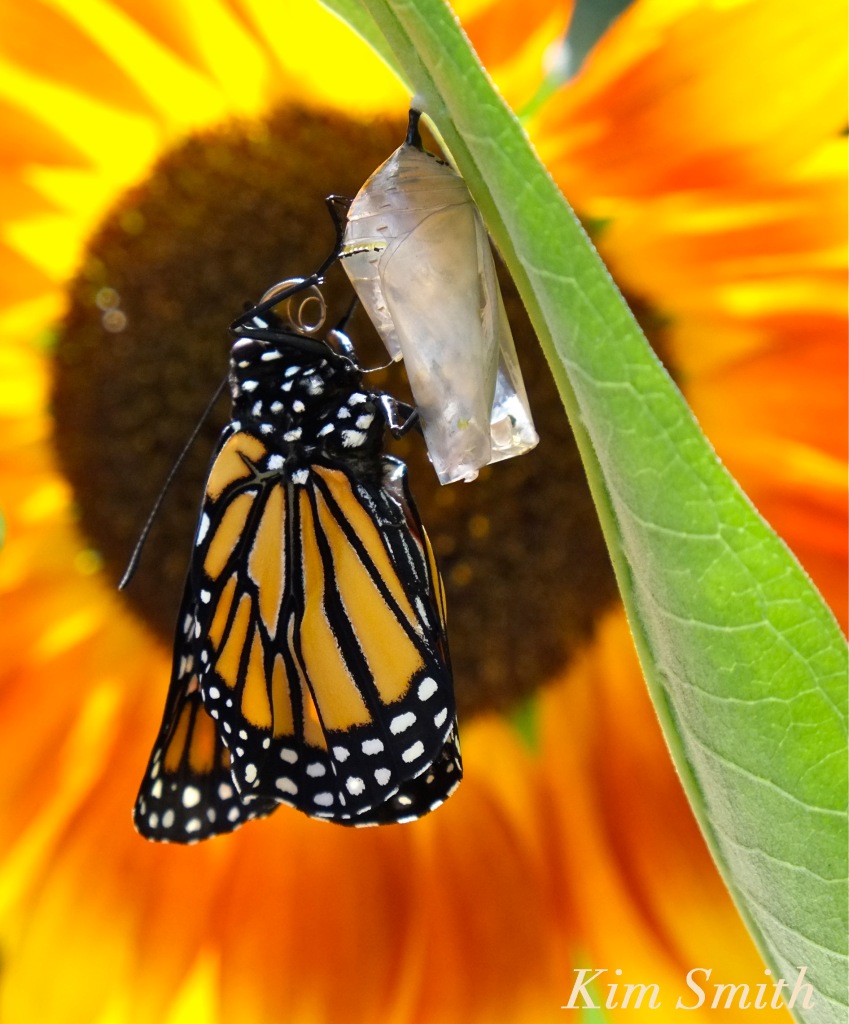 There were few Monarch sightings, but the ones seen thankfully deposited eggs in our garden. Thank you to my new friend Christine who shared her Cecropia Silkmoth eggs with me and thank you to the countless readers who have extended an invitation to come by and photograph an exciting creature in their yard. 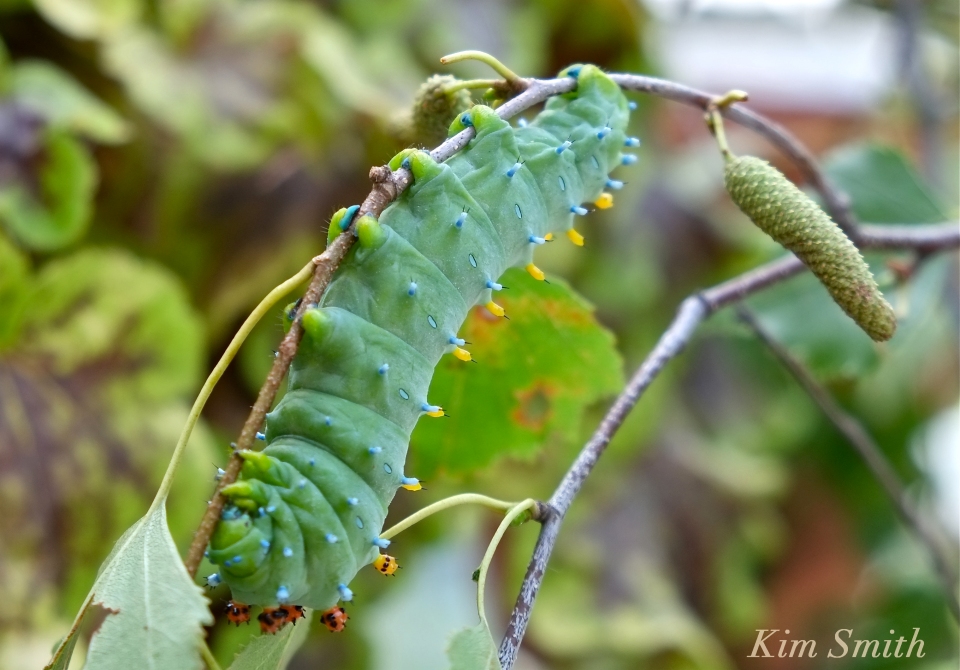 Pristine beaches, bodies of fresh water, and great swathes of protected marsh and woodland make for ideal wildlife habitat, and Cape Ann has it all. With global climate change pushing species further away from the Equator, I imagine we’ll be seeing even more creatures along our shores. Butterfly and bee populations are overall in decline, not only because of climate change and the use of pesticides, but also because of loss of habitat. As Massachusetts has become less agrarian and more greatly forested, fields of wildflowers are becoming increasingly rare. And too fields often make the best house lots. Farmers and property owners developing an awareness of the insects’ life cycle and planting and maintaining fields and gardens accordingly will truly help the butterflies and bees.

Thank you to all our readers for your kind comments of appreciation throughout the year for the beautiful wild creatures with which we share this gorgeous peninsula called Cape Ann.

The images are not arranged in any particular order. If you’d like to read more about a particular animal, type the name of the animal in the search box and the original post should come up. 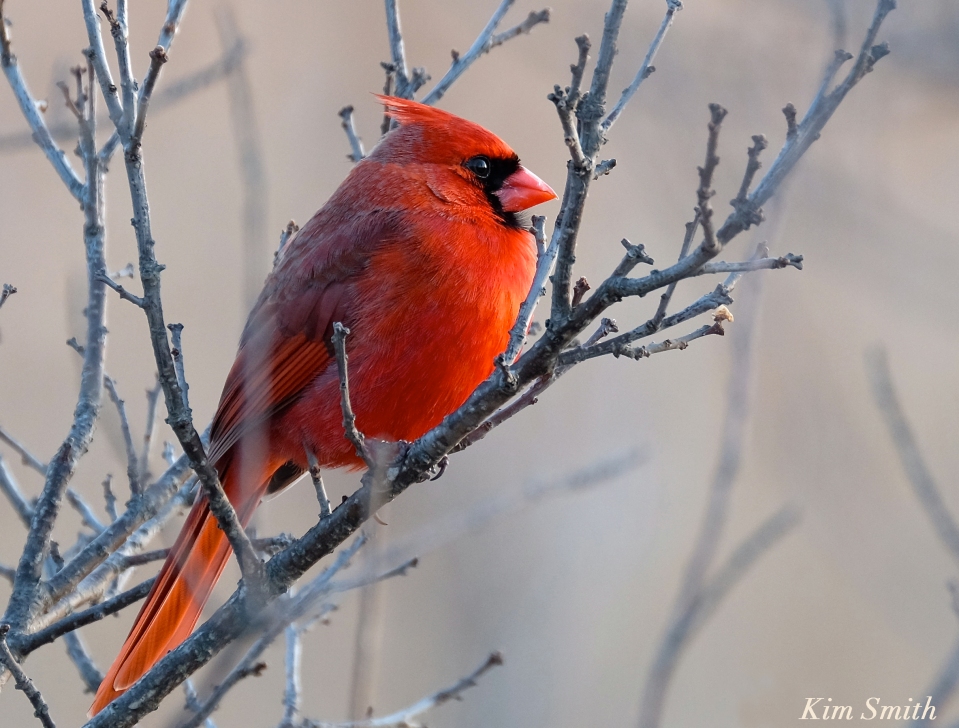 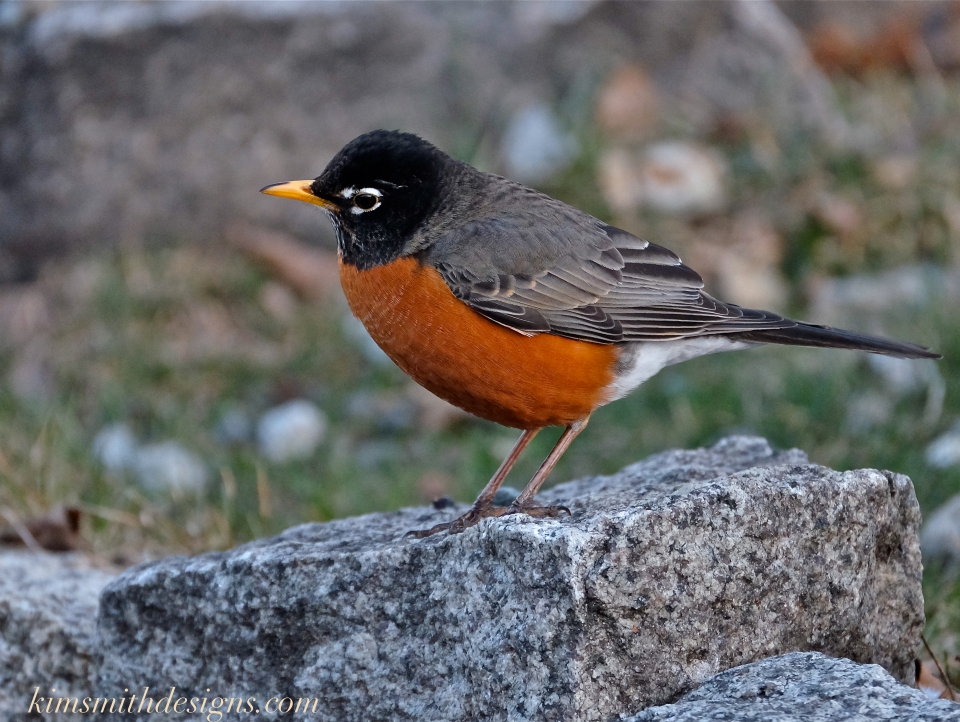 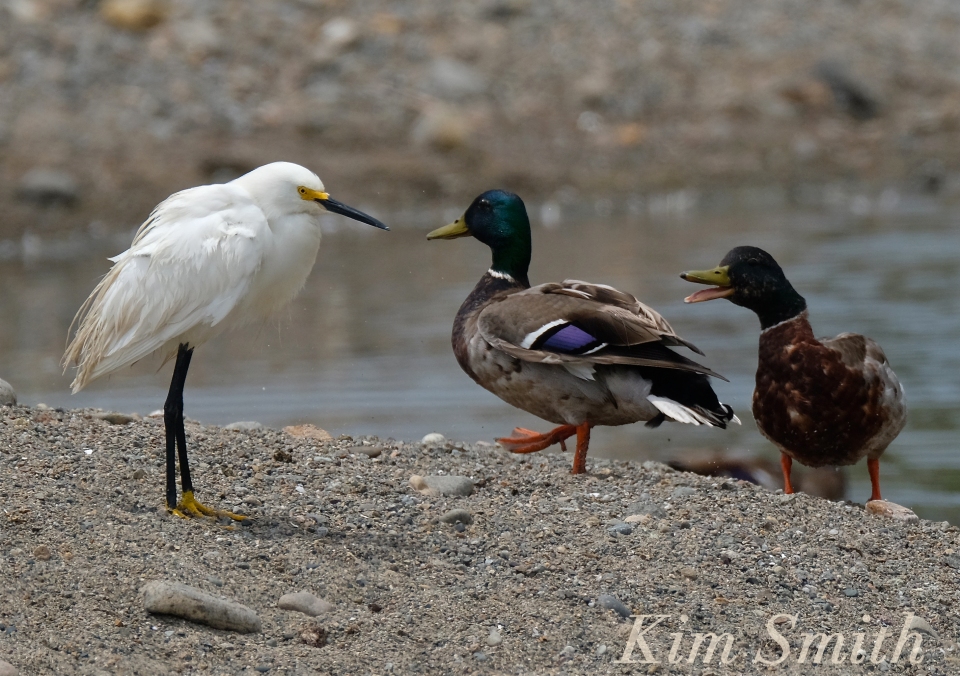 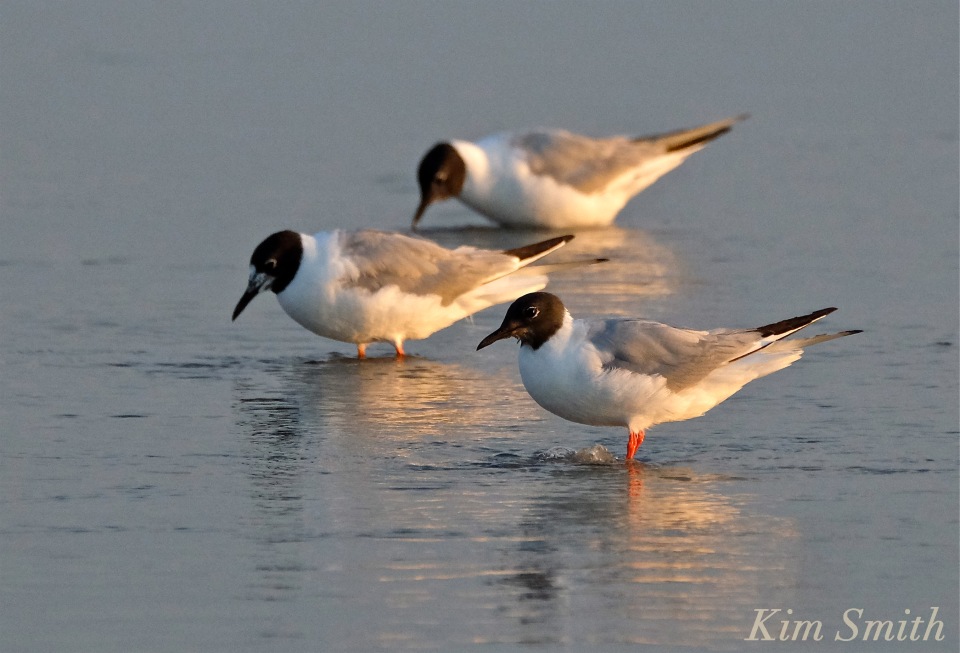 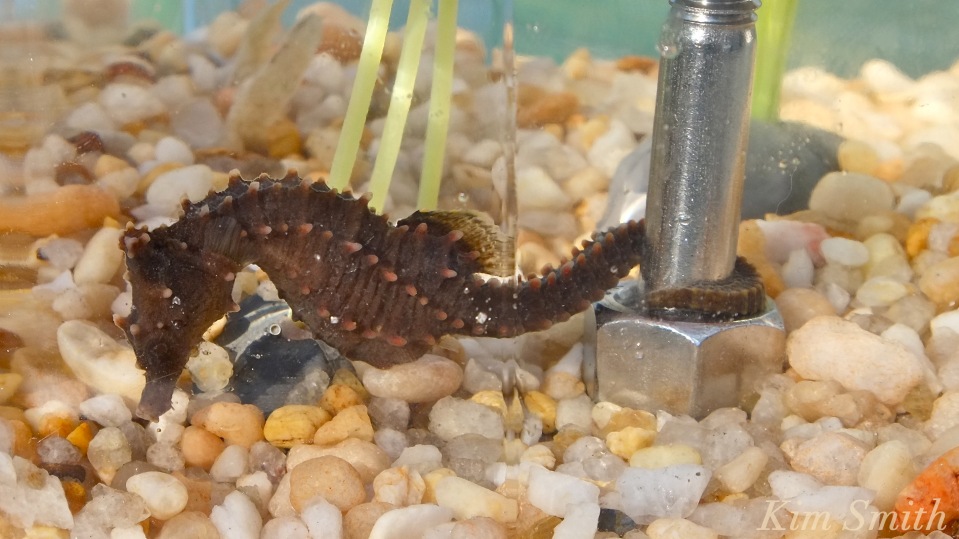 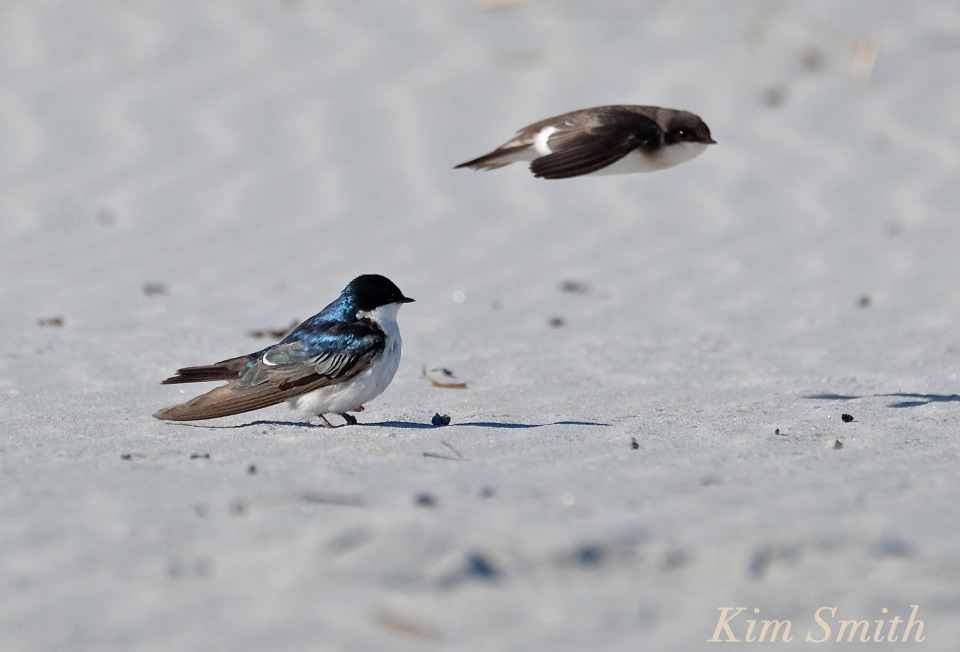 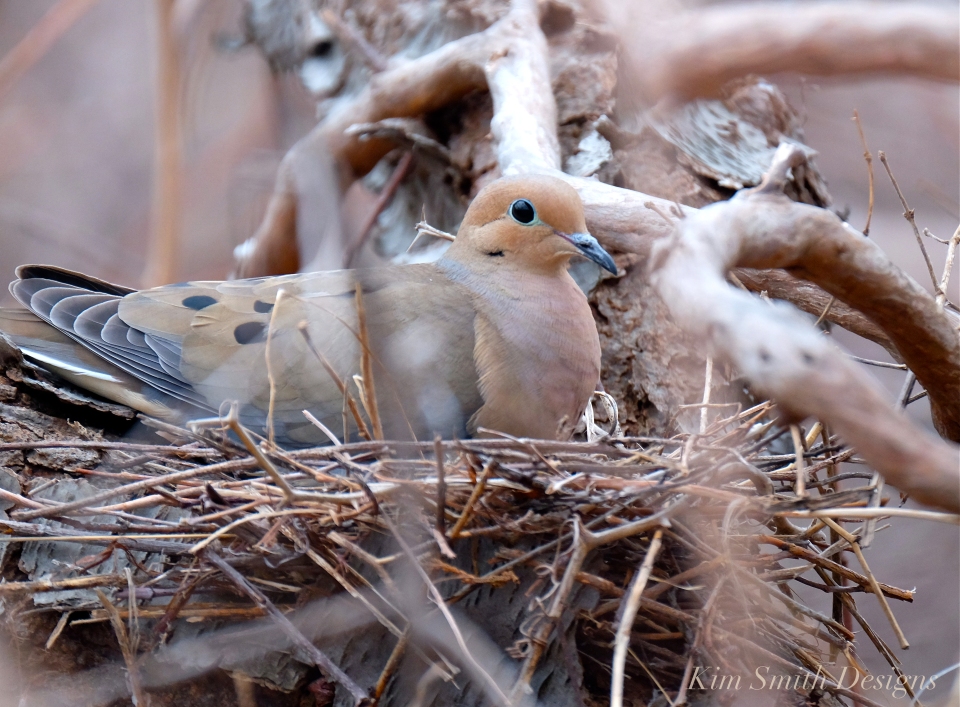 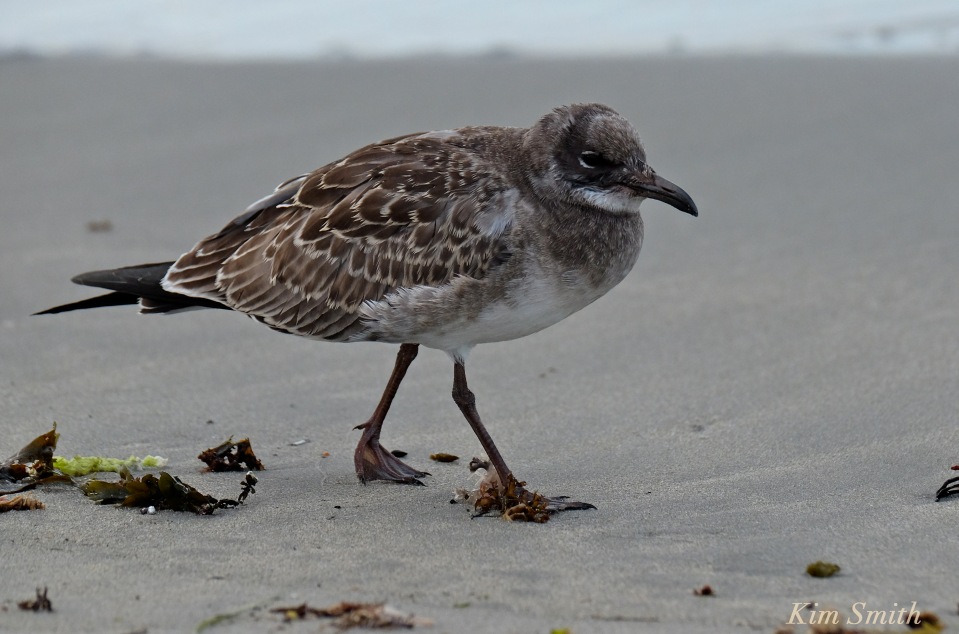 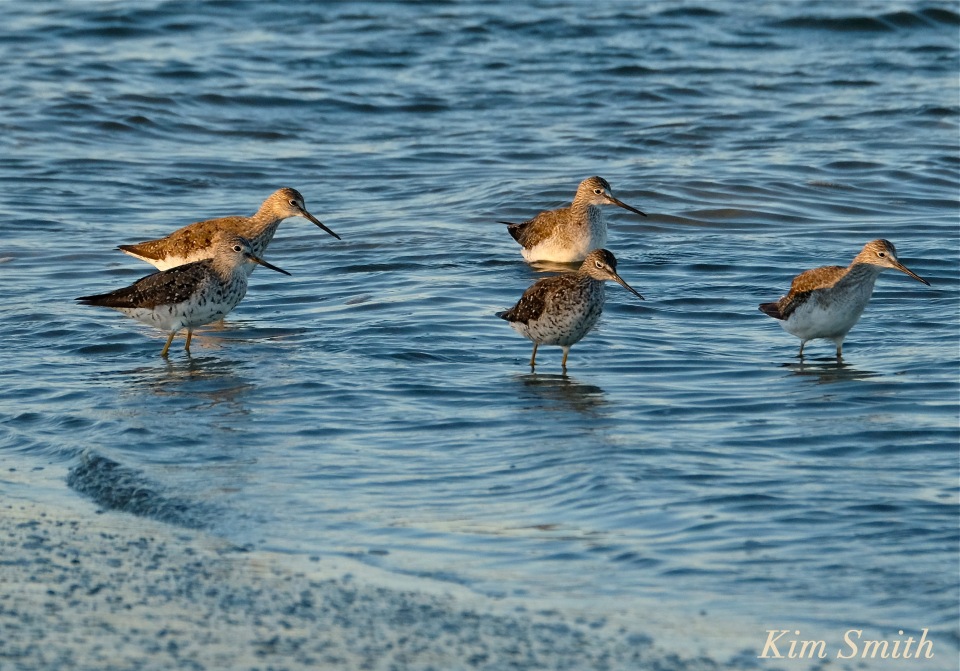 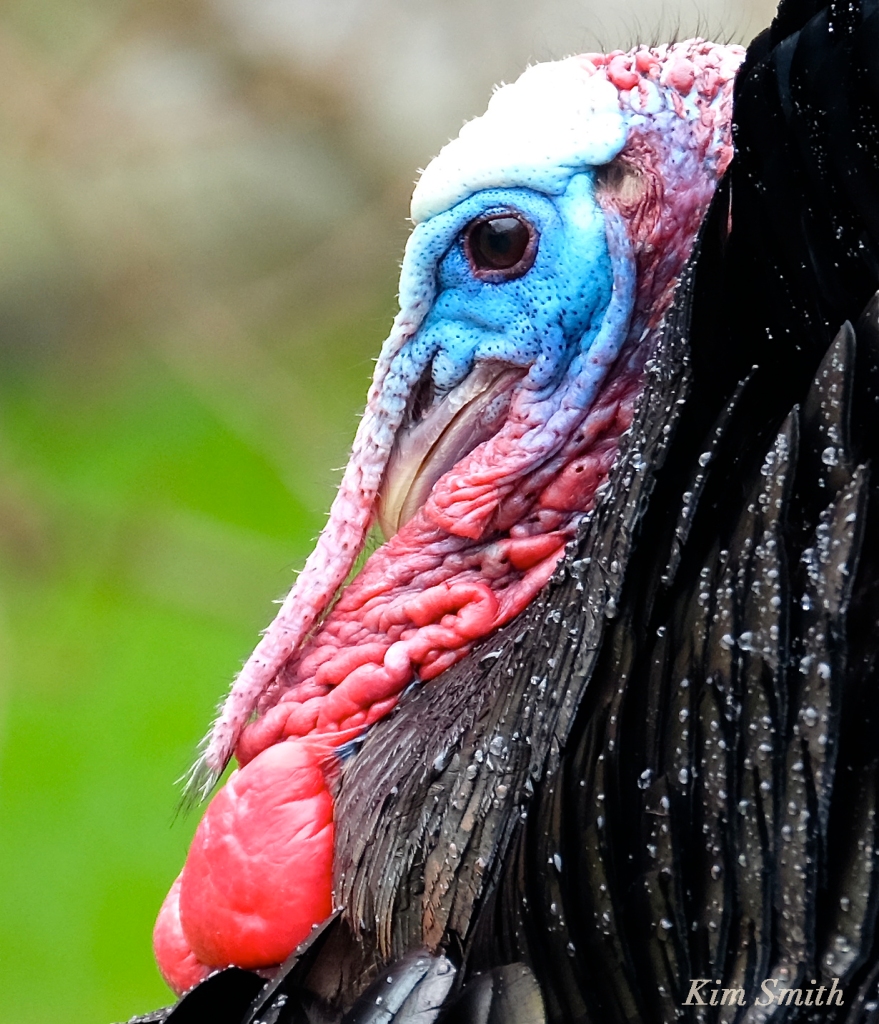 Beaver Pond, also known as Langsford Pond, is located on the outskirts of Cape Ann’s Dogtown. Exquisitely beautiful and peaceful, the pond is teeming with life, habitat largely created by the relatively new presence of the North American Beaver (Castor canadensis).

Beavers were absent from the Massachusetts landscape from 1750 to the early 1900s due to deforestation from agriculture and unregulated hunting and fur trapping. In the early 1900s forests began to recover as farmers abandoned their fields to work in cities. By 1928, a Beaver was found in Stockbridge. The public’s enthusiasm for the return of the beavers abounded and in 1932 three additional beavers from New York were introduced and released in Lennox. Today, Beavers have rebounded to the extent that some controlled hunting is permitted.

Beavers are ecosystem engineers and the ponds they create become wildlife magnets. Think about just this one example of the ecology of a beaver pond: woodpeckers make holes in the dead trees engineered by Beaver activity, Wood Ducks nest in the holes created by the woodpeckers, and raptors hunt the smaller birds.

More examples of how Beavers benefit other species of wildlife include favored nesting sites of both the Great Blue Herons and Osprey are the dead treetops of older trees in beaver swamps. Local species of turtles, the Snapping Turtle and the Eastern Painted Turtle, benefit from abundant vegetation created by beaver tree felling, which causes the forest to regenerate. Snapping and Eastern Painted Turtles prefer standing and slow moving water and hibernate under logs and lodges of Beavers. Painted Turtles also use floating logs to bask upon.

Like Niles Pond and Henry’s Pond, Langsford Pond is another superb example of a body of fresh water close to a saltwater cove where the combination of the two ecosystems provides shelter, nesting sites, and an abundance of food. While at Langsford Pond, I often see Great Blue Herons, swooping overhead, coming and going, between feeding grounds at the head of Lobster Cove and the shelter found in the vegetation surrounding the pond. Today, December 8th, a juvenile was seen on the far side of the pond, as were numerous Wood Ducks.

Since 1999, Langsford Pond has been protected by the Essex County Greenbelt Association. When I was filming there in October and November it was wonderfully overgrown and somewhat difficult to access. Recently, vegetation has been cut back, which makes walking to the pond’s edge much easier. Disease bearing ticks are present. 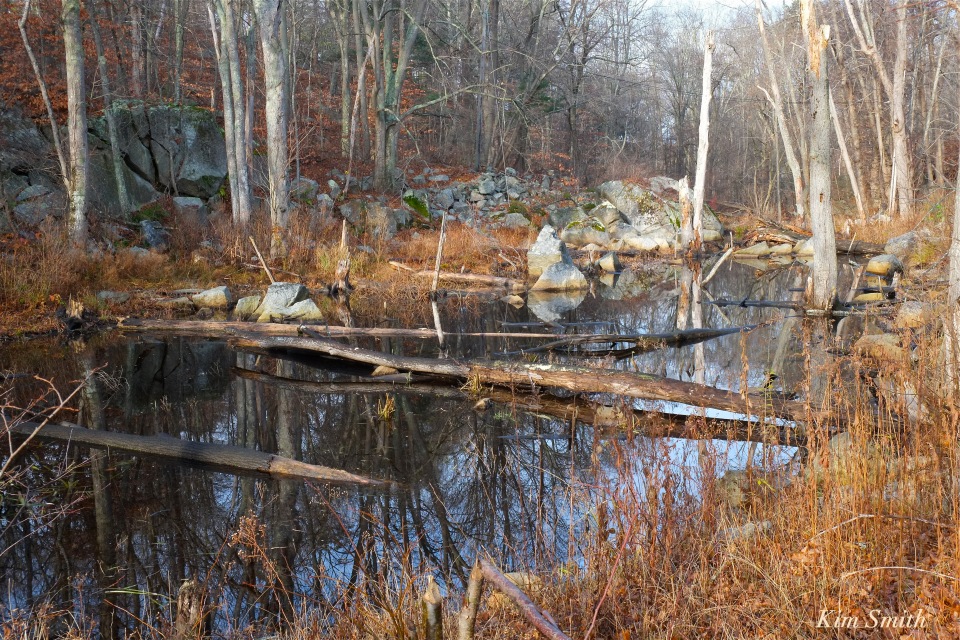 Similar scenes as several in the film, only a month later without the vibrant fall foliage –“stick” season

Beaver lodge from ledge above