We will be voting for Joe Kennedy for senator on Sept. 1 in the Democratic primary and ask you, our Democratic and unenrolled friends, to join us!

Six years ago, Ed Markey came to Gloucester to campaign for Senate. It was widely known that Markey refrained from signing on to any Massachusetts congressional letters supportive of the fishing industry. At the time, Markey explained that he had not been engaged in fisheries issues because they were not relevant to his congressional district, but that he would be supportive in the future.

Once elected senator statewide, Markey had an opportunity to find common ground between constituents on both sides of the fisheries issues. He did not take that opportunity. He has been invited to meet with lobstermen since the lobster tariffs went into effect. Markey has not responded.

As we have watched Joe grow up, we were proud of him, when:

He was elected congressman;

He defended the Affordable Care Act;

He described the foundation of public service, with a quote, which we and many others firmly believe in, “When I was hungry, did you feed me…”;

He came to Gloucester, years ago, to go on two dayboat fishing trips to understand the challenges our fishermen face, and;

He came to Gloucester well before the Senate race, to visit our health care clinic to discuss with Mayor Sefatia and our local officials his advocacy for community health centers, especially mental health.

From the day Joe announced his campaign, he has met with fishermen and Cape Ann residents, almost monthly to discuss their continued challenges.

We understand that some have heard Markey say that he got federal relief for fishermen. But larger shares went to Washington state and Alaska, even though Massachusetts hosts two of the largest fishing ports —New Bedford and Gloucester — which tells us who the real leaders of the effort were.

Additionally, the issues confronting the industry cannot be solved with money. If it were that easy, Senators John Kerry and Ted Kennedy would have delivered those dollars long ago.

Cape Ann deserves a senator who will show up, listen, and lead.

This year has been an exciting year for Massachusetts residents. We watched competent candidates for president compete on the campaign trail.

It’s been said that Kennedy and Markey have the same voting record, so what’s the difference?

If the difference is between Joe Kennedy, who will show up, engage his constituents, work with them to meet their challenges, and be a leader on issues important to the survival of Cape Ann’s economy and identity, or Markey, who will choose the simple path of signing letters, then Senator Markey’s inaction has made the choice easy for us. 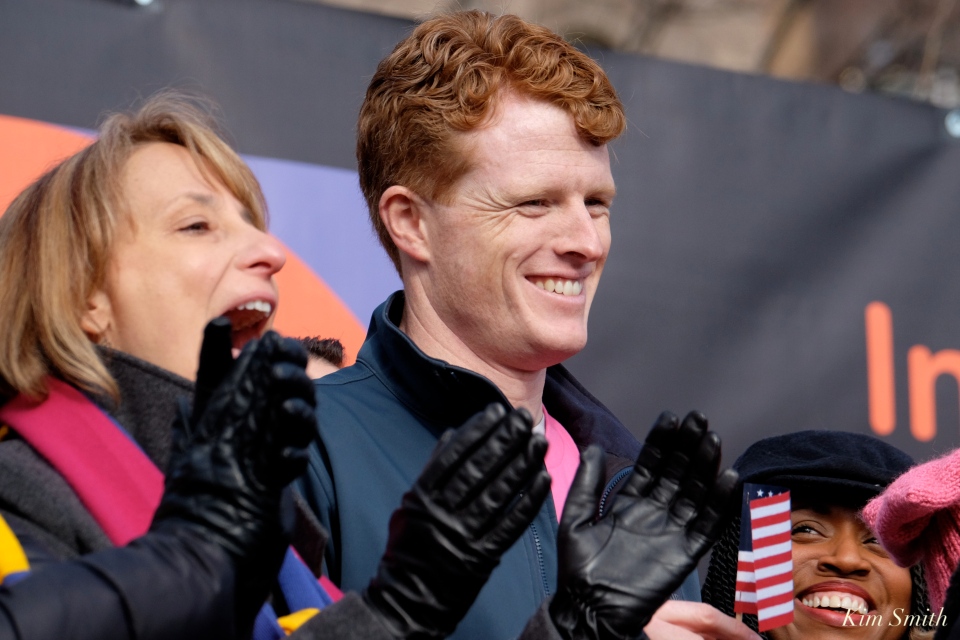