Often when out walking on Eastern Point I’ll see a Red Squirrel dart out in front of me or scramble through the brush, rarely getting a chance to take a photograph. This little guy stopped for a moment at a tree stump and gave a long stare, ducked into his winter cache to retrieve a large nut, and then scurried up into a nearby tree. Such a sweet inquisitive face! 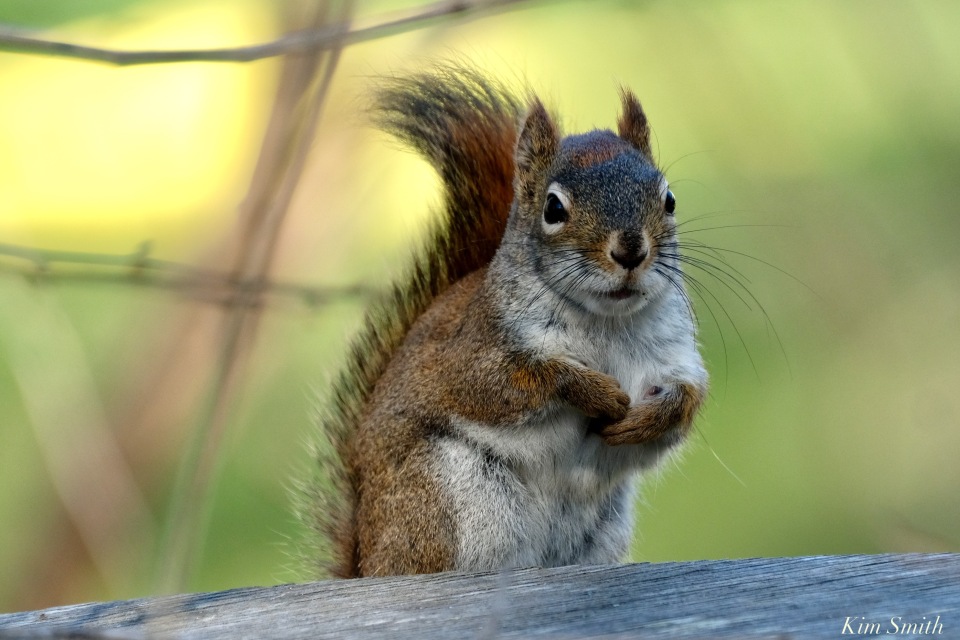 Red squirrels have a diverse diet, but most commonly feed on conifer seeds and are considered grainivores.  One of their common names is the Pine Squirrel. They also eat the inner bark of trees, fungi, nuts, seeds, fruits, grains, insect larvae, and bird nestlings. 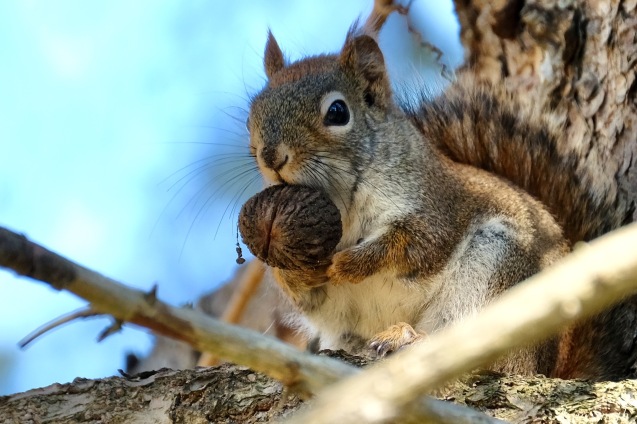 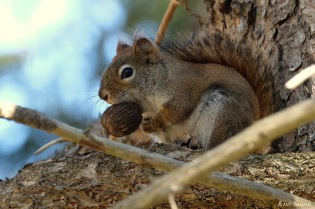 Red Squirrels are widely distributed throughout Canada and the US.