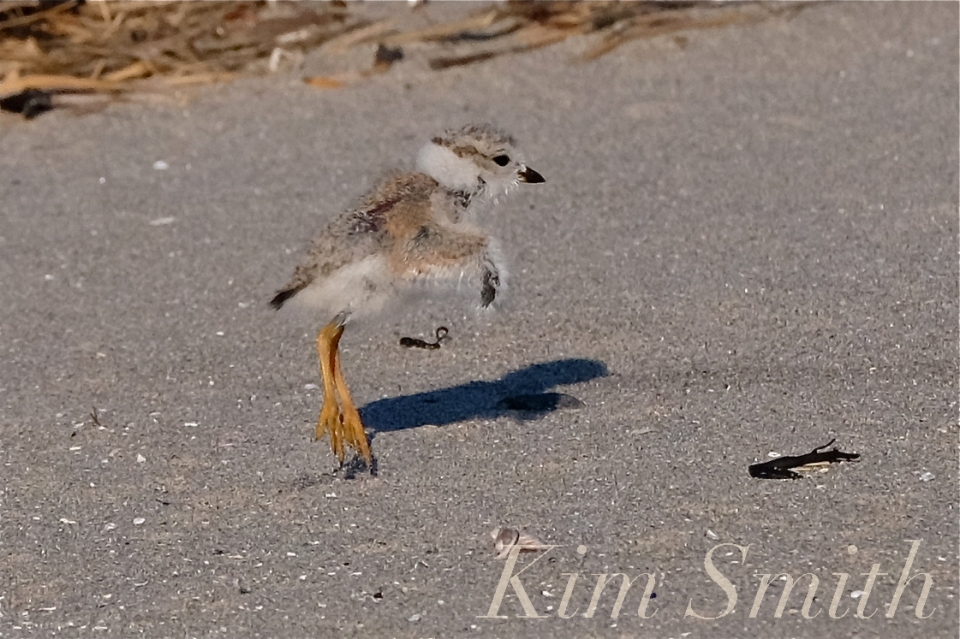 What are these things called wings? 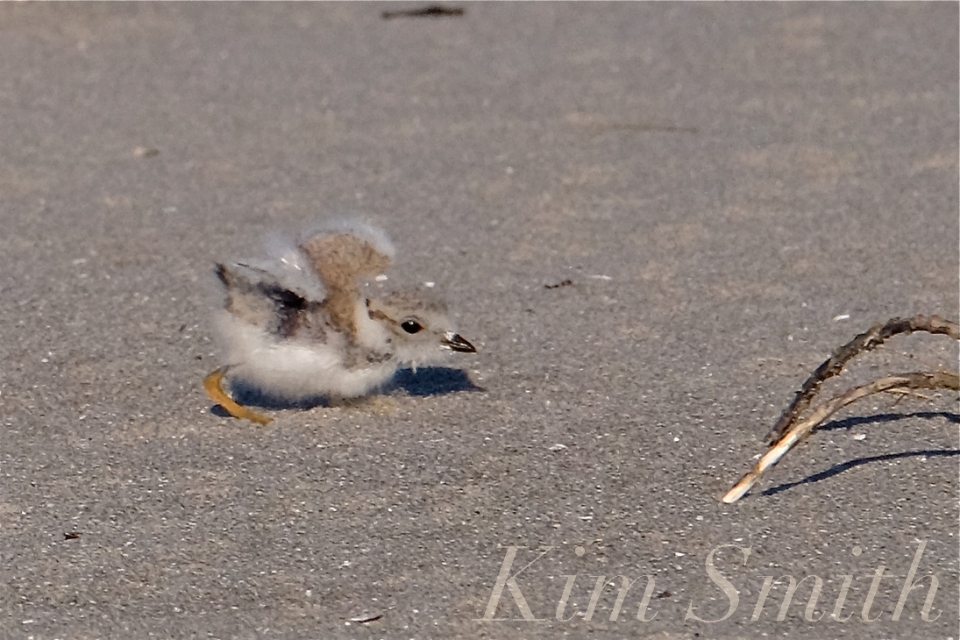 Pip grows rounder, stronger, and more capable of catching tiny sea creatures daily. We love watching the development of his wings especially. Soon his flying feathers will begin to grow. In the meanwhile, periodically throughout the day he does wonderfully zany-looking zing-zang-up-down-sideways-zig-zag mini flight tests throughout the day.

The Piping Plover’s soft sandy feather colors and patterns blend seamlessly with the surrounding beach habitat, but camouflage alone is not enough to keep the birds safe. The ability to fly to escape predatory danger is equally as important to Piping Plovers.

Massachusetts state wildlife biologists consider a Piping Plover fully fledged at 24 to 28 days, whereas federal wildlife biologists have determined a Piping Plover chick to be fully fledged at about 35 days. Judging from our observations of Little Chick last year, he did not fully fledge until five weeks old (35 days). He could manage brief sustained flight up to that time, but until he reached that five week milestone he was still at risk from predators, including and especially dogs and raptors. 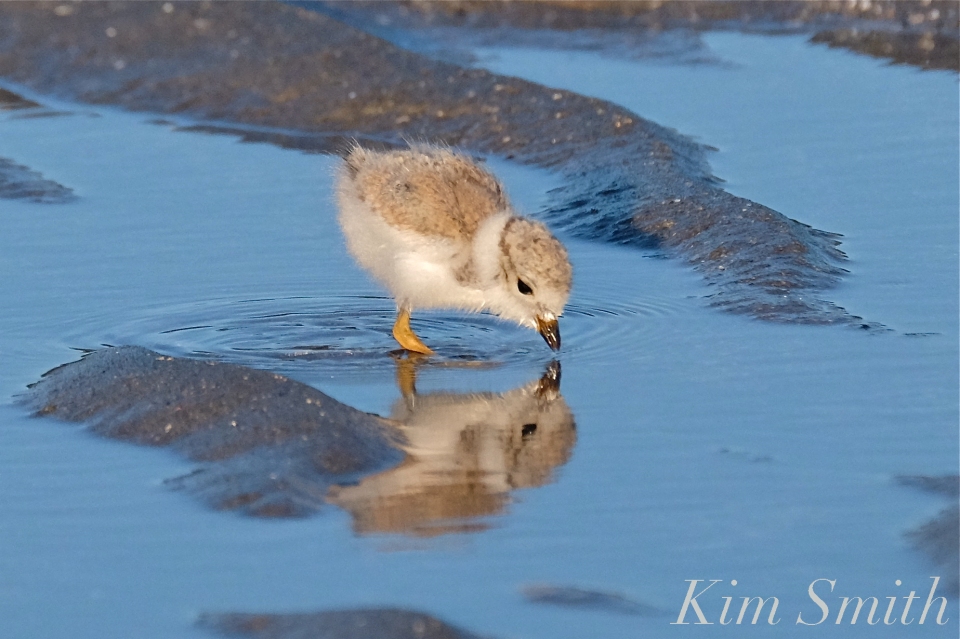 1 thought on “LITTLE PIP ZING ZANGING AROUND THE BEACH”