Readers may have seen the tragic story about frozen and cold-stunned sea turtles found on Cape Cod beaches over Thanksgiving week. The gale force winds and record breaking freezing temperatures trapped and killed over 200 sea turtles. I wanted to learn why this was happening and what to do if we find a cold-stunned or frozen turtle on a Cape Ann beach.

Sea turtles are tropical and ectothermic. They do not nest north of the Carolinas however, the juveniles of the species of sea turtles that are seen in Massachusetts are carried north by the Gulf Stream during the summer months. The turtles are mostly feeding on crabs, jellyfish, and algae in northern waters. At the onset of winter, juveniles return to warmer waters.

The five species of turtles that may be seen in Massachusetts are Kemp’s Ridley, Leatherback, Loggerhead, Green Turtle, and Hawksbill. But some of the juveniles don’t return quickly enough, and as the water temperature in Cape Cod Bay decreases, the turtles may become disoriented by the hook-shape of the Cape. When the temperature reaches fifty degrees, the turtles become immobilized, or cold-stunned, and are too frozen to eat or to swim. When they are too cold to swim, the turtles are tossed about by wind, waves, and currents. When the wind blows from the north or from the west, the sea turtles may be washed ashore and then stranded by the receding tide.

WHAT TO DO IF YOU FIND A COLD-STUNNED SEA TURTLE

It is very important to recover these stranded turtles as quickly as possible. Do not assume a turtle is dead—turtles that appear lifeless are often still alive. If you come across a stranded sea turtle on the beach, please follow these simple steps:

Sea turtles are federally protected under the Endangered Species Act; as such, it is illegal to harass sea turtles or transport them without a permit. 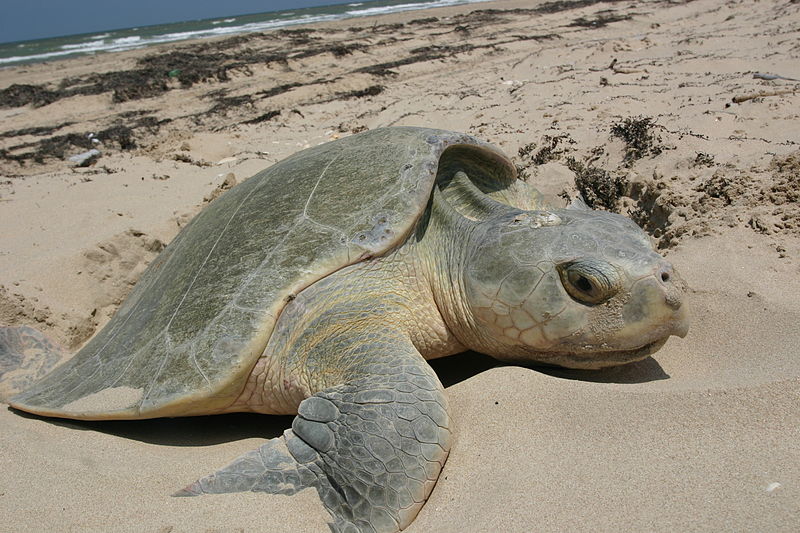