Several friends have asked whether or not I was freaked out by the mouse running up my dress and out my coat sleeve. No, I wasn’t. Surprised, but not panicked, and just happy the frightened little thing did not bite me.

We live in an old house and are occasionally visited by mice, despite my husband’s best efforts at sealing any cracks that may develop in the almost one hundred and seventy five-year-old mortar of the granite foundation. Our cat, Cosmos, before he suffered severe brain damage from a coyote attack, was the best mouser ever. Now that Cosmos has retired, Tom uses Have-a-Heart traps.

I have written about this topic previously, but never in a million years would we use a rodenticide. The first reason being is that if one of our beautiful raptors (including owls, hawks, falcons, and eagles), eats a rat or mouse that has ingested rat poison, the raptor will most surely perish. For example, the majority of Snowy Owls that die in our region and are autopsied, have been killed by rat poison. Secondly, most rats, after ingesting poison, will return to their nest ie., that cozy spot behind your wall. Working in theatre for many years, I encountered more than a few rats, as well as well meaning types who decided to kill rats with rodenticide. If you have ever smelled a dead rat laying behind an inaccessible theatre wall, you would never again use rat poison (and the odor lasts for weeks!). 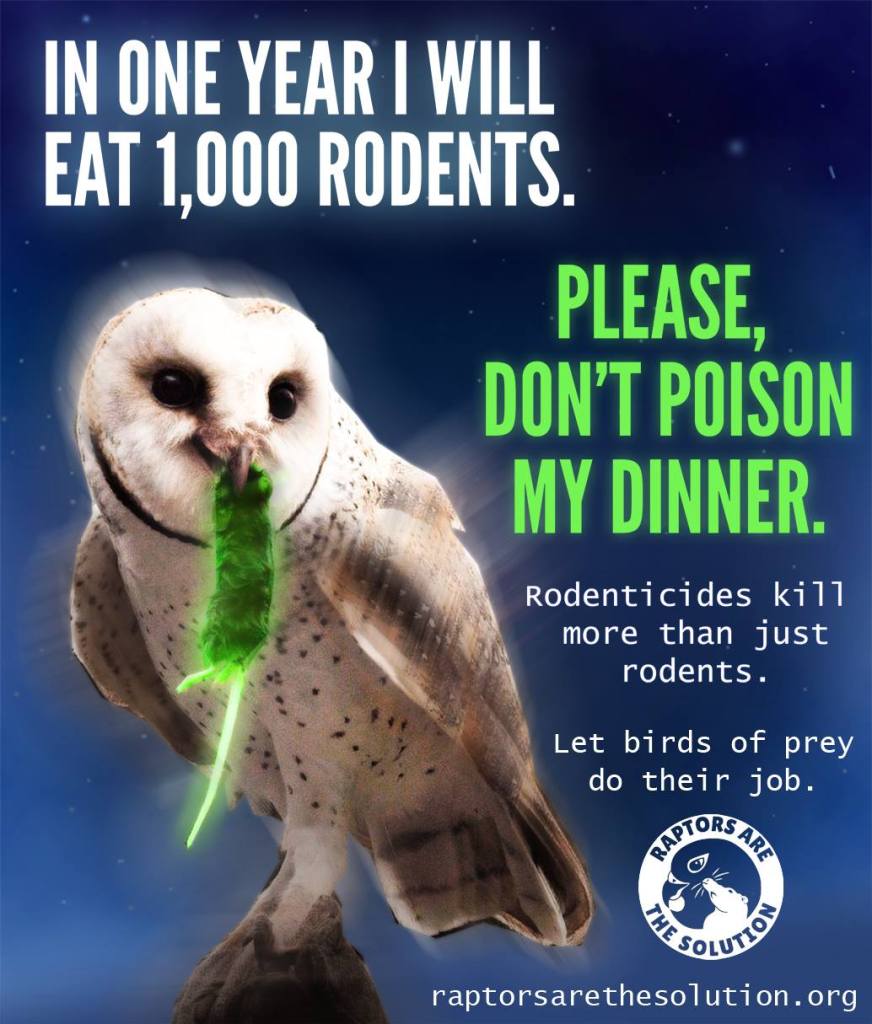