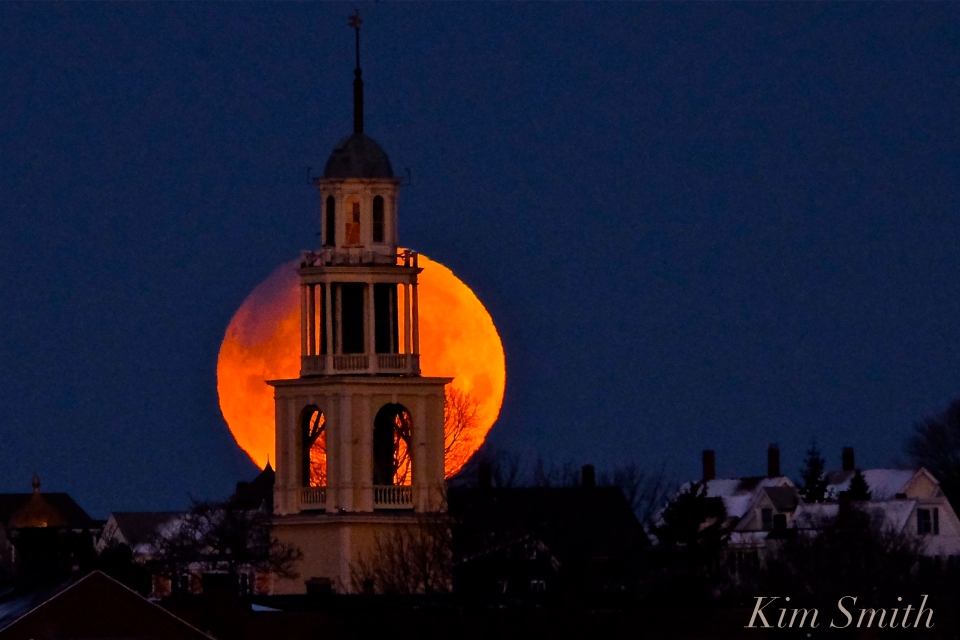 A rare and spectacular trifecta of Moon events occurred this morning– a Blue Moon, a Supermoon, and a lunar eclipse. Additionally, I have been trying to get a shot of the Moon slipping behind the UU Church. I thought it would be beautiful if it ever lined up all at once, to see Moonlight coming through the open arches of the UU Church’s steeple. In the past either the weather didn’t cooperate or the site line was off. Today, joy! And because of the eclipse there is a magnificent red shadow edging the Moon’s glow.

From NASA: So for viewers in the East the Moon will enter the outer part of Earth’s shadow at 5:51 a.m., but Johnston says it won’t be all that noticeable. The darker part of Earth’s shadow will begin to blanket part of the Moon with a reddish tint at 6:48 a.m. EST, but the Moon will set less than a half-hour later. “So your best opportunity if you live in the East is to head outside about 6:45 a.m. and get to a high place to watch the start of the eclipse—make sure you have a clear line of sight to the horizon in the west-northwest, opposite from where the Sun will rise,” said Johnston.